Worth Checking Out: Dates 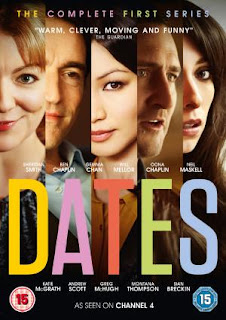 I don't know why the CW decided to air "Dates," a series that originally aired in Britain two years ago, but I'm glad they did. This is a brilliant and entertaining show that I think could only survive in the US on cable. It just has that feel.

The show was created by Bryan Elsley and aired earlier this summer but is still available to watch HERE on CW's website in full. The nine episodes depict men and women meeting for the first time as arranged by an online dating service. The show utilizes great British, Scottish, and Irish actors such as Gemma Chan (Humans), Andrew Scott (Sherlock's Moriarty, Spectre), Oona Chaplin (Game of Thrones, Crimson Field), Greg McHugh (Fresh Meat), and Neil Maskell (Humans) among others.

You should really check this out:

Behind the scenes of Episode 1: David & Mia
Written by lsaspacey at Thursday, August 27, 2015 1 comment: