These three projects passed by last year without any fanfare, but I really like to document, so here we go... 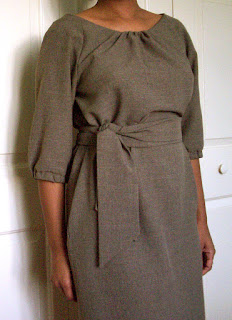 I loved Simplicity 2406 so much but realized I would never be able to wear it again while also eating what I love to eat. The hip area was already bordering on too tight years ago. So, I cut it off right at the widest point to make myself a wearable top. 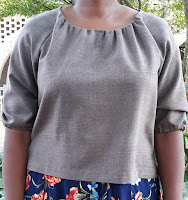 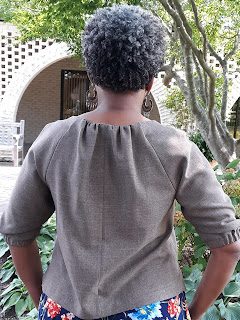 This gave the top some more time, but it's not the same. Since Jo-Ann still sells this fabric, I'm tempted to make that dress over again, this time in the grey version. What do you think? 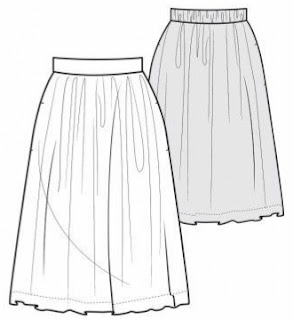 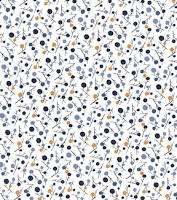 I made a simple skirt using a downloaded Pattern Runway skirt pattern (it seems it is no longer available) and some Jo-Ann quilting fabric I had my eye on called Dotted Twigs in a gray, mustard, and black print. It goes with everything, but of course, reads very spring, so it's been in storage. 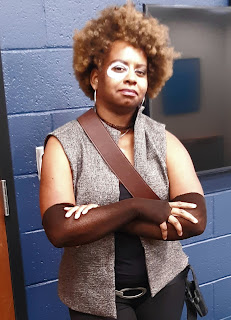 For Halloween, I chose to go as a superhero. Owning both the Simplicity 8718 and Simplicity 8074 "warrior women" patterns, I had a lot of pieces to choose from. The designs in these patterns resemble two of Rey's looks from The Last Jedi (with two versions of Rey's scavenger drapes,) and three costumes from Game of Thrones; a Season 7 Arya Stark battle dress and two from the Season 5 Sand Snake sisters (complete with harnesses.) 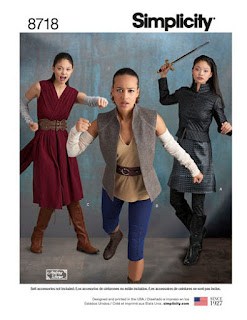 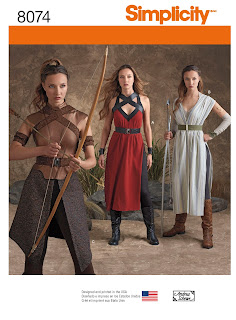 I originally wanted to use the harness ideas to create a Valkyrie costume from Thor Ragnarok but wanted something simple to make. I then thought of how achievable the character of Domino from Deadpool 2 would be instead. However, I still really wanted Rey's sleeveless vest in my regular non-superhero wardrobe, so I went ahead and made it anyway. 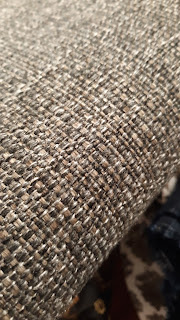 I was able to find a beautiful tweed remnant on the Jo-Ann clearance table and an exceptionally well color-matched lining. 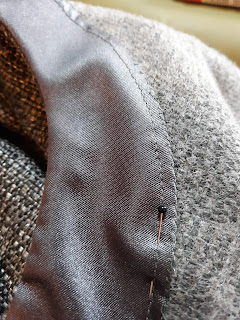 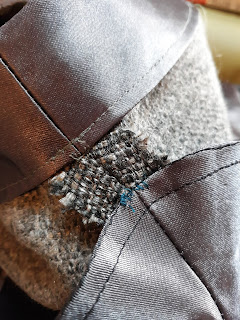 I'm pretty proud of this make and have worn it many times to work as a regular garment. I do still have plans to make Rey's padded epaulets (detachable) at some point with the leftover fabrics.
Written by lsaspacey at Thursday, March 19, 2020 1 comment: