Update on That Toaster Imposter Sweater

A month or so ago, I made Simplicity 8529, a Sew House Seven design that is an adaptation of their popular Toaster sweater. I wasn't exactly happy with my finished top at the time (the print is so loud, it practically screams!) but it was well made and the cold weather required this extremely cozy piece in my wardrobe. 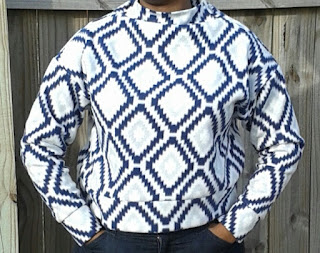 But that didn't last long. I wore it 2 times and contemplated wearing it a few other times but each time felt I was drowning in fabric and the view of all that fabric when I looked down at my chest was just too much. Combined with the top being at least one size too big width-wise, I felt like the Stay Puff Marshmallow Man. A re-fashion was desperately needed.

Short of unpicking all of the seams and re-cutting the pieces in a smaller size, I did two things: 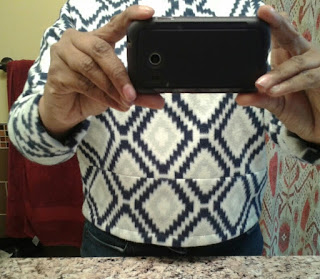 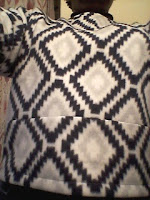 1. I removed the bottom band, opened it up, and only attached one side of it. I then hemmed one inch on the bottom, retrieving approximately two inches of length. Because of the dropped shoulder on the top I originally had underestimated how high the sides would raise when the arms were lifted. 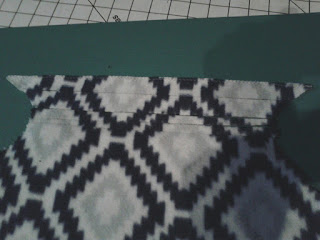 2. I completely changed the neckline. I originally cut down two inches thinking I would try to copy the shallower neckline of the Toaster but that wasn't satisfying either. I then started cutting the neckline down bit by bit eventually coming up with a wide crewneck. I decided against adding a neckband or a binding and simply turned the edge under 1/4". 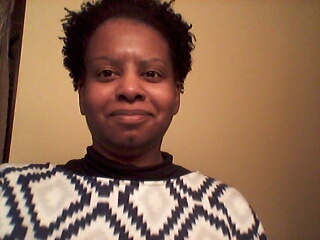 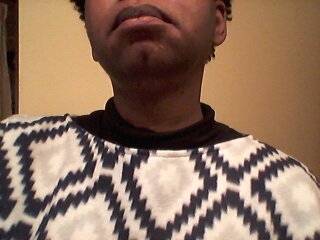 Obviously, next time, I probably won't make this view. In my current shape, I'm not happy with the wide look of a drop shoulder, preferring to have tops that fit more snug at the bust even if they become oversized below that point. To alter that I would need to cut the sides considerably and cut new longer (and wider) cuffs to make up the missing length. Maybe I'll do that before next winter.
Written by lsaspacey at Sunday, April 15, 2018 1 comment:

The Size of Things...

This is a post from 2014 that's been hanging out in my drafts for years. However, while cleaning out the blog, I couldn't delete it since the observation still holds, so I'm publishing it now, unchanged.

Do you know what that means? If you sew, you probably do.

Those were my waist and hip measurements in metric and imperial. I seriously need to memorize the metric ones because more independent pattern companies are using them.

Those measurements are important in another way. For the last two downloadable patterns I had printed, those have been the measurements for the largest size available. This is considered a size 10.

Let me go back a bit. When I was in high school my measurements were 32-24-34, generally a size 4 in RTW. I was proud to have the same measurements as the model Amber Valletta but I still had problems with being skinny and feeling weak. In the Big 4, this was a size 8 and at that time I could pick one pattern size to fit me. As the years go by, I grew taller and filled out a bit more.*

The weight gain that finally gave me the fuller bosom I wanted in Jr. High, also enhanced my hips. The good thing was I finally felt curvy but now different pattern sizes were needed for different zones of my body. I no longer fit into just one size, in some brands I spanned three separate ones. But this isn’t why I wrote this post. I wrote this because of a change of view.

Having once been firmly in the lower numbers I have now reached size 16 in the Big Four (36-30-40) and I can now understand the pattern buying frustration of many women. Not only did I sometimes span multi-size groupings (8-10-12)(14-16-18) but in many patterns I am now one size away from the last of a pattern's available sizes. Which for any non-sewers means a simple 2-inch gain on my bust, waist, and hips would separate me from what the pattern companies consider the “normal” sizes. Even though a size 18 in a sewing pattern is considerably smaller than an 18 in the stores, (it's actually a 12 in retail) the optics are the same. At size 20, you are now in plus sizes.

In sewing patterns, above a size 16, it is no longer guaranteed that a pattern style will even be produced in your size. Some Misses designs stop at a size 16, while others go up to 22, but not all. The designer licensed patterns are even more of a problem.**

So, I will admit my mind has been blown. When I was much smaller, I thought that there was plenty of room for more women in the Misses’s sandbox. But, no, that is not true. Forgive my ignorance but it wasn’t until I started reading sewing bloggers that didn’t share my shape, read about their issues and then began having my own issues that I really looked at the size chart measurements and saw the light.

Yes, I already knew and agreed about the lack of good design and patterns for “plus-size” women but I really did not understand just how small a woman could be and be classified as plus-size. Four inches larger than me was not my idea of plus-size. To me, 4 inches shouldn’t limit the design of any of the clothes I could wear and grading up should not be a huge problem. If pattern designers start with a size 6 or 8 and then grade down and up for patterns, why can’t they start using a 10 or a 12 as the base?

Coming up: more on weight gain and my response to the whole thing.

*In High School, in order to gain mass and muscle I began bodybuilding with my own 110 lb weight set. By age 19, I had an enviable six -pack, believe it or not.
**Since I wrote this, the majority of Big 4 patterns include size 22.
Written by lsaspacey at Tuesday, April 03, 2018 1 comment:

A few years ago, I wrote a post about coming to terms with weight gain but never published it. Over time, I've thought to revise it but then something else would come up. However, I have decided to post it as is and leave the numbers and measurements as they were. The issue is much more a part of my life now as I meet the crossroads of losing some age-related weight gain (10-15 lbs) or making new clothes for the new size. But that would be a lot of clothes!

Depending on the day of the week I only have three pairs of pants that fit, two of them are jeans. Only a few skirts truly fit, then there are a few that are nearing unacceptable tightness (I don't believe a straight skirt should cup all under your butt. Sorry, not sorry.) Then there are dresses and tops which fit awkwardly tight around my upper arms and bust. Having thought myself small-busted the majority of my life it was a shock to find myself recently having to attach snaps between buttons on a top to stop gaping! When did I become this busty, what is going on here?

Worst of all, my winter coats can not be fastened over my hips, totally defeating their keeping me warm purposes. However, I must mention that they are both over 15 years old, 'cause coats are expensive, y'all! So thinking of the clothes I just mentioned and the possibility of replacing them all, losing the weight saves me the most money and sewing time. But how to go about it? I've been thin (sometimes too thin) most of my life and living off a high metabolism and junk food for all that time. This is going to be so hard.

I have started taking advantage of my job being situated in a park with its own 5-mile walking trail. I'm doing 1-2 miles every other day to start. This started on a whim without proper shoes or clothes so I was a disgusting, sweaty, and hobbling mess each time. However, I was being entertained and edified by awesome podcasts such as Buffering the Vampire Slayer, Hidden Brain, and Armchair Expert with Dax Shepard. Since I believe I can keep this up,* I invested in some supportive walking shoes and some wicking fabric.


I will, of course, reevaluate my diet and while I'm changing my body composition I will simultaneously learn how to properly fit my body. Yes, I will be taking new accurate measurements and developing slopers for tops and bottoms so my new body will be well taken care of!

In the meantime, I may do a little sewing, perhaps the Grainline Morris, finally!! Maybe some tanks and underwear, since I have so many knit scraps and recently invested in some affordable fold-over elastic. Also I have a few baby shower gifts to produce.

However, my next few posts will be on the exciting and interesting measuring and sloper process...

* I just don't allow myself to leave the work parking lot until I've done some walking.
Written by lsaspacey at Sunday, April 01, 2018 3 comments: