Well, McCall's Patterns is on fire this month! Their latest Vogue pattern release is full of modern and creative clothing with angles, fabric manipulation, and asymmetry...just the way I like it!. I loved so many of the designs this time.

However, I want to focus on the obvious Duchess of Sussex/Meghan Markle love story they have been creating since 2018: 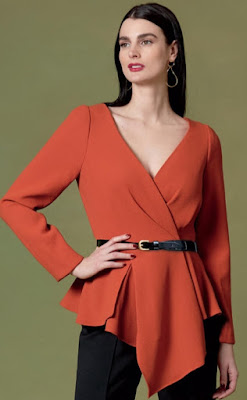 How could you miss recognizing Meghan's Oscar de la Renta peplum blouse as Vogue 1636? I loved this piece when she wore it to an engagement in Fall 2018 and was hoping someone would knock it off!

Vogue 9373 was in the last pattern release as a version of her Stella McCartney wedding reception dress, having been simplified by the elimination of the open back and train. 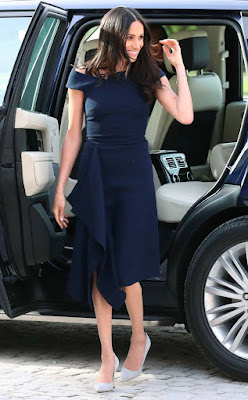 Don't forget that in an earlier release there had first been Vogue 9355, an obvious homage to her "last night as a single woman" Roland Mouret "Barwick" dress.  It could also be adapted to resemble the gray "Clover" dress she wrote in New Zealand. I own this pattern and hope to make both! 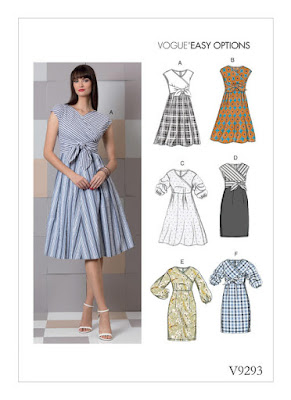 I would also include Vogue 9293, whose first view, when made without the tie belt is similar to the Carolina Herrera denim dress HRH wore to a polo match in 2018. All one would need to do is widen and lower the neckline and replace the attached bow with a wide belt.

What I love is that the below patterns could easily reproduce a DIY wardrobe worthy of any Windsor duchess: 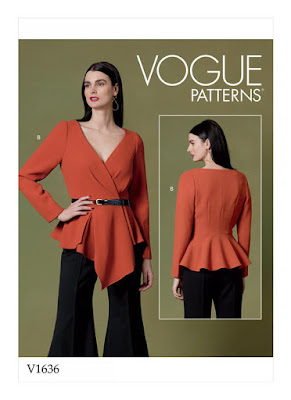 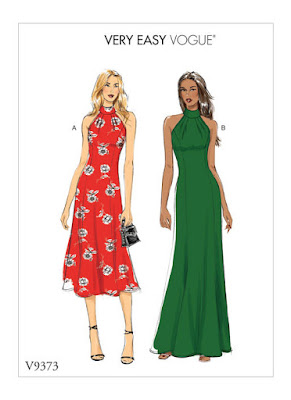 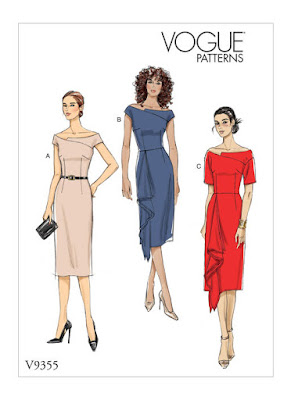 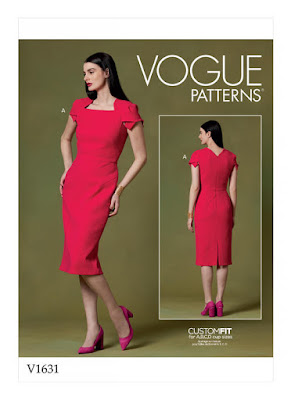 Vogue 1631 is a take on the "Royston" dress by Roland Mouret, whose designs have been worn by both the Duchess of Sussex and Cambridge. 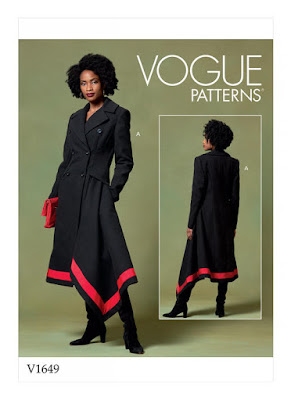 However, Vogue 1649 is ALL Duchess of Cambridge! Made in a solid color other than black, this could be one of her many Alexander McQueen coats, don't you agree? In fact, in a lighter color it would look just like this one:

Ok, I admit, I probably missed a few less flashy designs, but I'm a big fan of what Vogue is doing. To be honest, the wardrobe is the only thing I envy about being a royal, so thanks for helping a thrifty girl out!
Written by lsaspacey at Friday, August 02, 2019 2 comments: