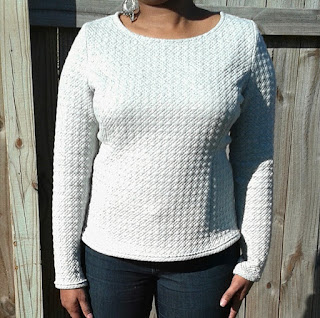 Did it look like the photo/drawing on the pattern envelope once you were done sewing with it? Close enough, since I made some changes. 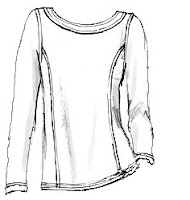 Were the instructions easy to follow? Yes, though the idea of lapped seams may cause some anxiety, I highly suggest basting them in place first and trying it on before making the stitching final.

What did you particularly like or dislike about the pattern? What initially attracted me were the raw unfinished seams and the extra details. However, as you see, I decided against most of that for this version due to the fabric I chose. Love my fabric, it was just not right for this view.

Pattern alterations or any design changes you made: Note that with this top you need to have the right length from the get-go since the decorative bands are added to the hem and sleeves in the very first steps. I compared the pieces to a sweatshirt I already owned and used it's measurements.

Unfortunately, after cutting out the fabric, I realized that this two-layer bonded knit frayed too badly to handle all the exposed seam finishes for this view so I chose to compromise on the construction. I loved the idea of raw edges but not so much in this fabric. 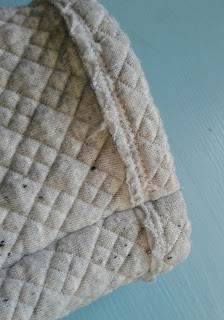 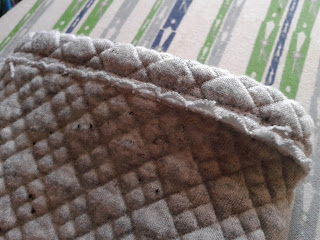 My first alteration was to fold and wrap the sleeve band part over the sleeve raw edge and secured with two rows of top stitching. Therefore, I still had some raw edges but not at the end of the sleeve which would be most vulnerable. Liking the look I continued this on the bottom hem. 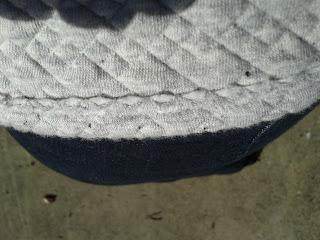 The front body construction involves two lapped  Princess seams but again, I changed it and chose a typical seam for the side panels and the armscyes; therefore, following the directions for View C instead.

I basted the complete construction, including sleeves, to judge the fit. Because of the chunky knit I needed this to have a sleek fit. I ended up taking in the princess seams 1/4" closer from under the bust.  I brought in the side seam at the top a 1/4" too. Most importantly, I had to create a faux back seam for shaping. That involved almost an inch of reduction at the hollow of my back. 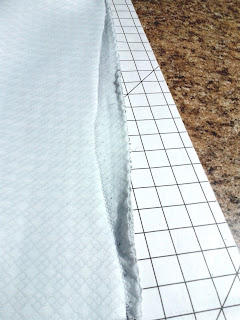 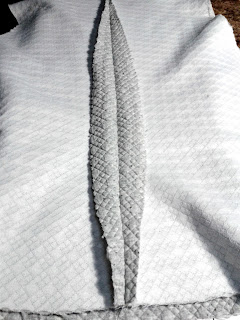 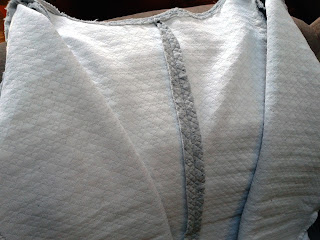 This involved numerous basting and trying on sessions to achieve a fit that was more slim than chunky. Eventually, I decided it was good enough when I realized this fabric was limited in how sleek it could be, it's so lofty and plush because of the quilting.


In a different fabric, I probably will not need to take such drastic reductions to the pattern so I marked the changes but I didn't cut the pattern tissue this time. 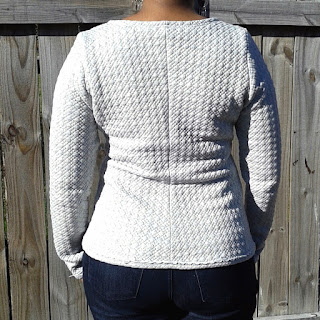 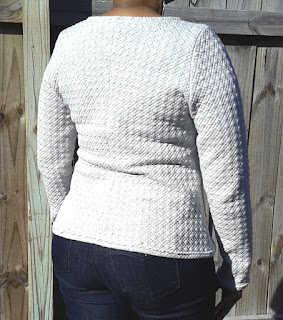 Would you sew it again? Would you recommend it to others? Yes, I would, in a more suitable fabric and with some alterations. As seen in other reviews, the armscye is low and hinders movement some, so making a muslin is advised. 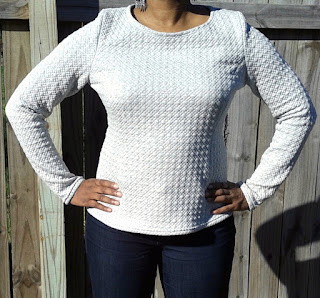 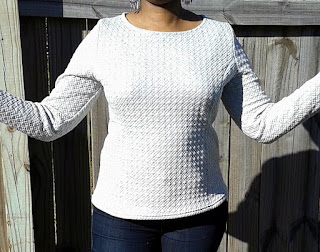 Conclusion: I love it! I received compliments when I wore it, so that helped too. After I redraft the armscye I will definitely make this view again using a more appropriate non-raveling fabric, such as boiled wool, ponte, or fleece.