Something to Look Forward to...on PBS

The advantage of reading blogs from around the world is that you become aware of things outside of your environment that you might have missed otherwise. 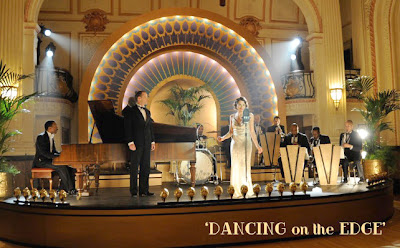 I just found out about this British series - Dancing on the Edge - currently running on BBC Two that takes place in the 1930s. Um, don't they all?  The series depicts life around a black Jazz ensemble, the Louis Lester Band, in London. Now, that's something different from BBC, right? It stars Chiwetel Ejiofor, Matthew Goode, Angel Coulby, Janet Montgomery, John Goodman, and Jacqueline Bisset. Luckily, due to the immense popularity of Downton Abbey on this side of the pond, I have great hopes that this one will also come over and play on our TVs. 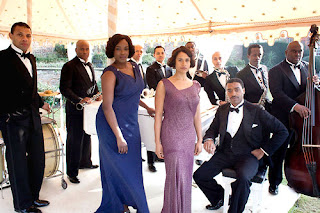 For the best look at the costumes of  Dancing..., I'm sending you to the web site portfolio of the series' costume designer, Lindsay Pugh. This costume slide show is amazing. Try not to drool all over your keyboard!
﻿
She was also responsible for this fabulous 100 Years of Style - East London commercial that was all over the internet a few years back.
Written by lsaspacey at Thursday, February 14, 2013

would love to see that - I'm a downton abbey fan & this sounds like even more fun!