As you can see from my last few posts I have become obsessed with late 1920 and 1930s fashions. 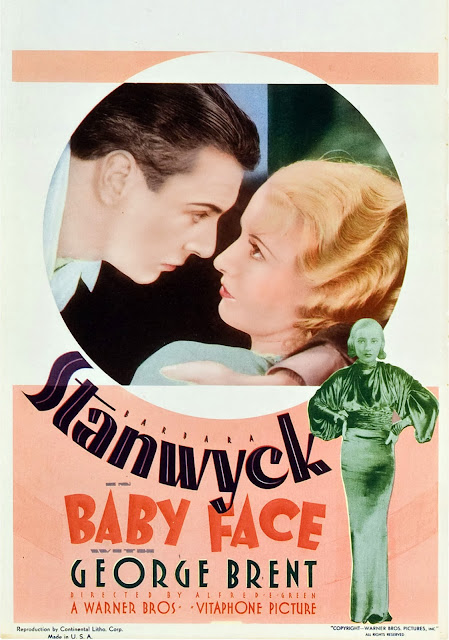 The movie Baby Face (1933), really put a fire under me. Also the discovery of Fashion Service magazine, a drafting pattern exercise from the past, a friend's vintage English pattern booklet, and an old publication (seen here and here) that is currently available as a reprint, I'm pretty happy right now.

I took a look around the Internet to see if I could find examples of Lily Power's movie costumes existing in real life (or at least in home sewing patterns). I found the best source of images was at The Blue Gardenia. Enjoy these pretties and the costumes that may have really inspired these designs: 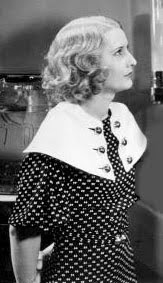 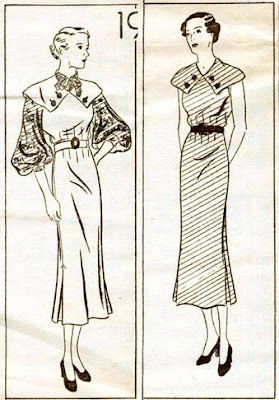 Now these two have to be related, right?! Just crop the gathered sleeves , remove the sleeve band and adjust the size of the collar and I think this one is almost 90% there. What do you think? 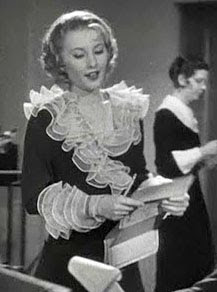 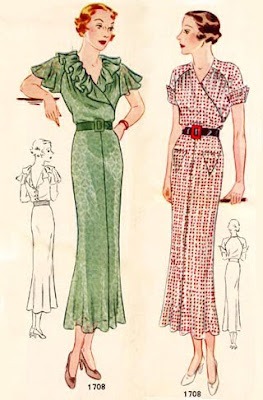 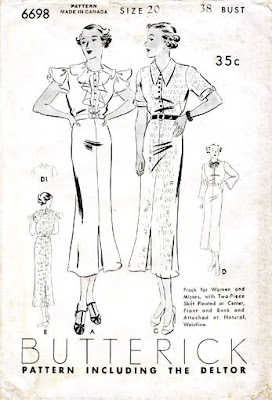 Construct the ruffles of white organdy and lengthen the sleeves of Simplicity 1708 and there you are! 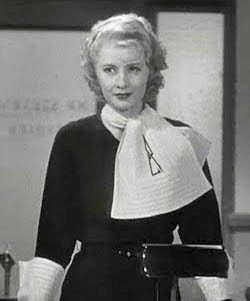 I couldn't really find this one, but I found a lot of work dresses with great eye catching collars and larger-than-life adornments framing the face. 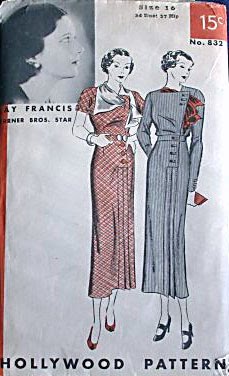 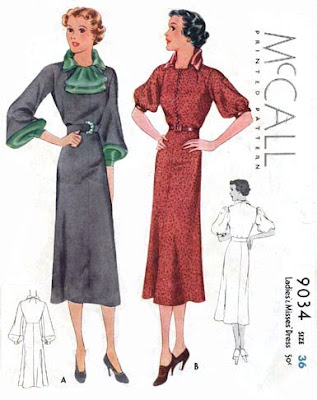 Look how similar the patterns on the ends are with those full, floppy bows. Two different pattern companies but if they came out in the same season they were probably knock-offs of some designer fashion or could have been adapted from a movie costume. The pattern in the middle is significant too because the actress pictured, Kay Francis was also frequently costumed by Orry-Kelly of Baby Face. 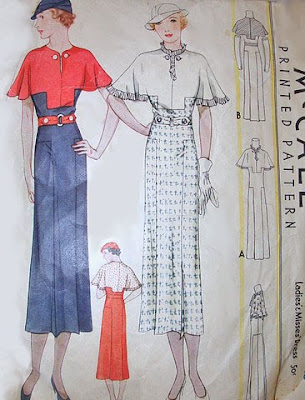 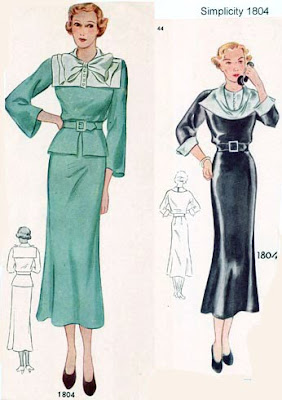 These all use contrasting fabrics to great advantage. 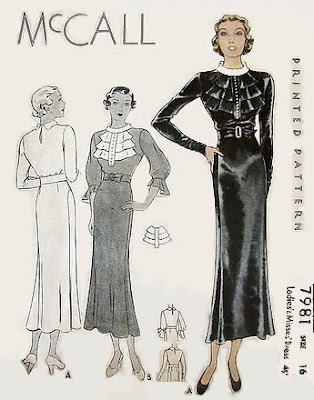 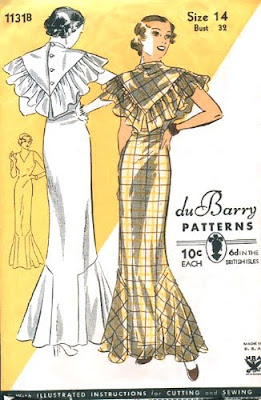 These two invoke the use of big ruffles to make a statement. I'm loving that last one so much, I think I need a yellow plaid something in my life. 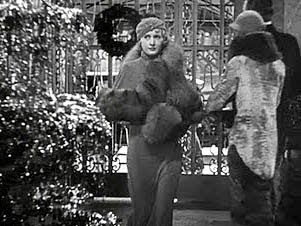 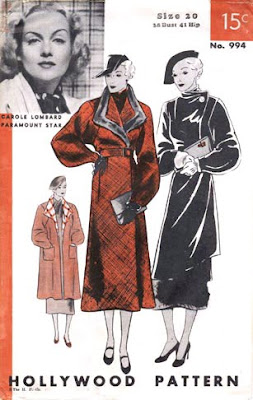 For the lady who shops, with super glamorous Carole Lombard on the Hollywood pattern.


Now, check out who it is on this Hollywood pattern below, "Babs" Stanwyck herself! Wonder if this lingerie-inspired gown could have been modeled after an Orry-Kelly design made especially for her? 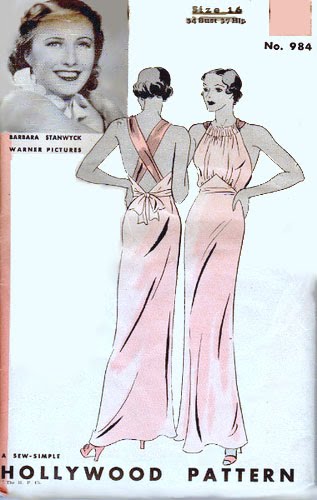 * McCall was officially the company's name before they added the -'s to it.
Written by lsaspacey at Thursday, June 17, 2010

Oh, well done! You are an ace researcher. Wonderful!

Fantastic research, I think you could be right on target with a few of those patterns and costumes. Came over from Sew Retro as I loved the pattern 9034, sleeve and collar detail is really nice.

So much fun looking at the comparisons! Love your blog.